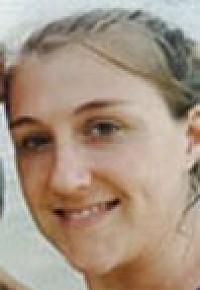 Heather Valderrama and her part in the death of Connie Coffey.

Heather Valderrama you truly are a bitch. You filled your affidavit full of lies trying to make us look bad when you are the worst of the worst. Heather you should be more concerned about your affair with your brother-in-law Simon Valderrama than lying about us. Yes it's public knowledge Simon Valderrama can't keep his mouth shut. You are just like Brittany Rooney in more ways than people know.

This is the court document filed by Heather Valderrama under oath. Her lies are documented in red.

Due to the comments in red ink being hard to read they are reprinted here.

2.  Connie did not accuse Brittany, our grandchildren did. This was told to us by the kids. It was told to Barbara Hasman and our grandson's Doctor Dr. Garlanda Parker. The Kids told DHS "we don't talk to you people".  DHS left and closed the case.
​
3.  So!  The camera was a dash cam that was in the car from when we bought it. The stalking was reported to and investigated by Logan County Sheriff after which the stalking stopped.

4.  It was reported to both kids parents when they came to pick them up within a hour.

6. a.  We said they should stay with Colleen because of school. BS.  We were the only anchor in their life!

6.e.  ? This is the same as item 3. This was reported to the police. Police got the individual.

8.  Lies from Brittany.  Connie suffered depression from the court fight with Brent Rooney for abusing Brittany.